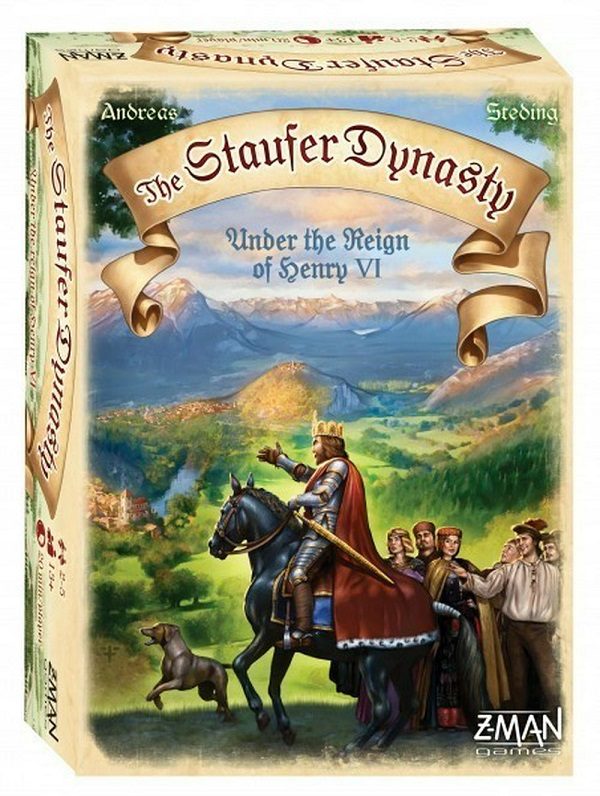 The Staufer family proved itself a great dynasty in the 12th and 13th centuries, as it produced several Roman-German kings and emperors.

The most famous of these was Duke Frederick I, also called Barbarossa for the redness of his beard. Yet it was his son, Henry VI, who was crowned emperor and succeeded in expanding the family’s empire. Because of him, this great empire stretched from the North and Baltic seas all the way to Sicily in southern Italy. To rule such a vast empire, Henry VI traveled with his entourage across the country to rule “on horseback”, putting 4,000 kilometers behind them in a single year.

You embody the noble princes that accompany Henry VI as he travels throughout his realm. While doing so, you endeavor to increase your influence by occupying seats in the offices of the six regions of his Royal Majesty’s Empire. These seats offer victory points and other attractive advantages. However, you must be certain that you have sufficient envoys and nobles in your following. Your entourage will be the key to your success.