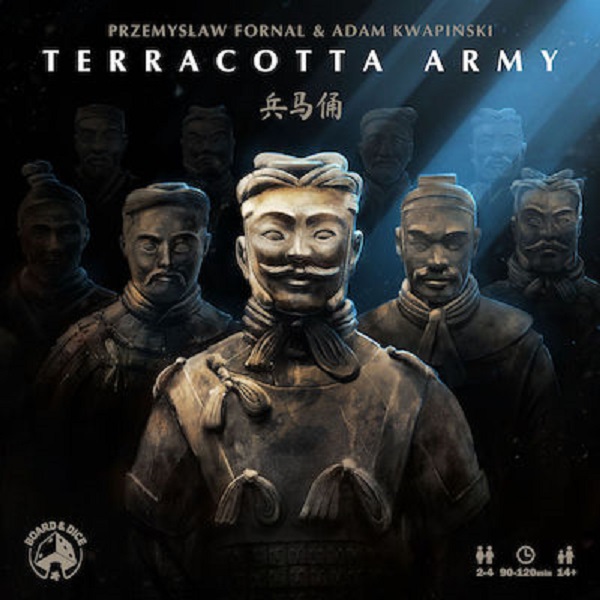 In Terracotta Army, you represent talented craftsmen and artists laboring to build the wondrous assembly of statues. During the game, you collect resources, upgrade your workers, and seek favor with the Emperor’s advisors. Your goal is to play a crucial role in the process of creating the terracotta army, and your success is measured in victory points (VPs). During the game, you and your fellow players build the army together, but after the fifth round of the game is over, only one of you — the one with the most points — will stand as the winner.

At the end of the fifth round, the player with the most VPs wins.