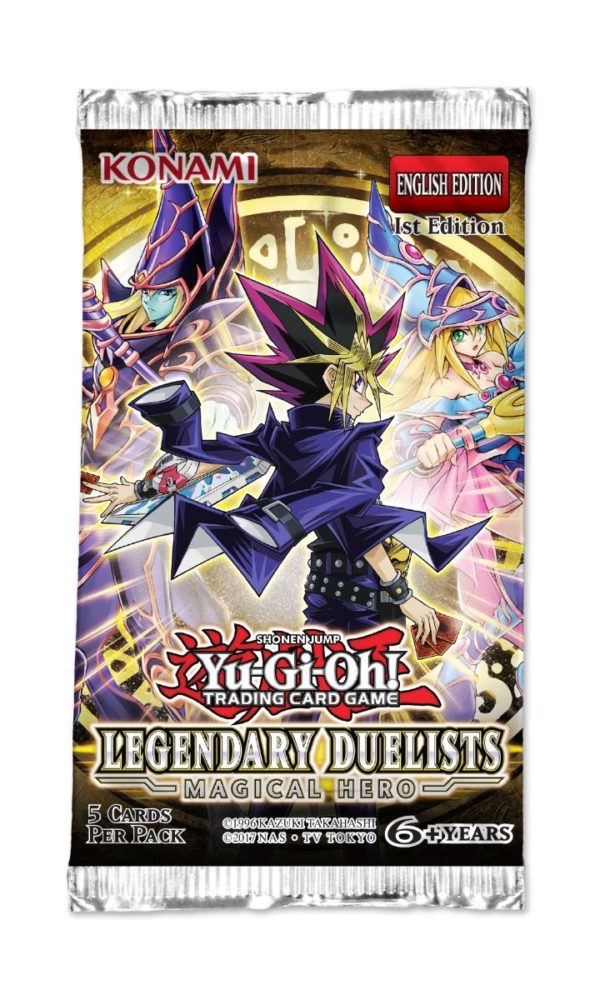 Legendary Duelists: Magical Hero features Yugi’s Dark Magician and Dark Magician Girl in the ultimate magical team-up! Duelists aiming to walk in Yugi’s footsteps and become the next master of these magicians can find a treasure trove of amazing new cards for Dark Magician Decks as well as another chance to get high-demand cards like Apprentice Illusion Magician in this 56-card booster set!

Many Spell and Trap cards have featured the duo together in their art, but for the first time ever Dark Magician and Dark Magician Girl will be able to battle alongside one another as a single Fusion Monster: The Dark Magicians! Together, they excel in both might and magic, with 2800 ATK and the ability to draw a card when a Spell or Trap is activated. Draw another Spell or Trap and you can Set it directly to the field and activate it that same turn if it’s a card you can normally use at that time – even if it’s your opponent’s turn! Even though it’s a Fusion Monster, destroying this one card doesn’t defeat both Dark Magician and Dark Magician Girl at the same time – you’ll get to Special Summon both of them to the field from your hand, Deck, or Graveyard!

While Legendary Duelists: Magical Hero puts Yugi front and center, he’s far from the only heroic figure whose Deck is getting an upgrade. Check back as the release approaches to see which other characters will appear!