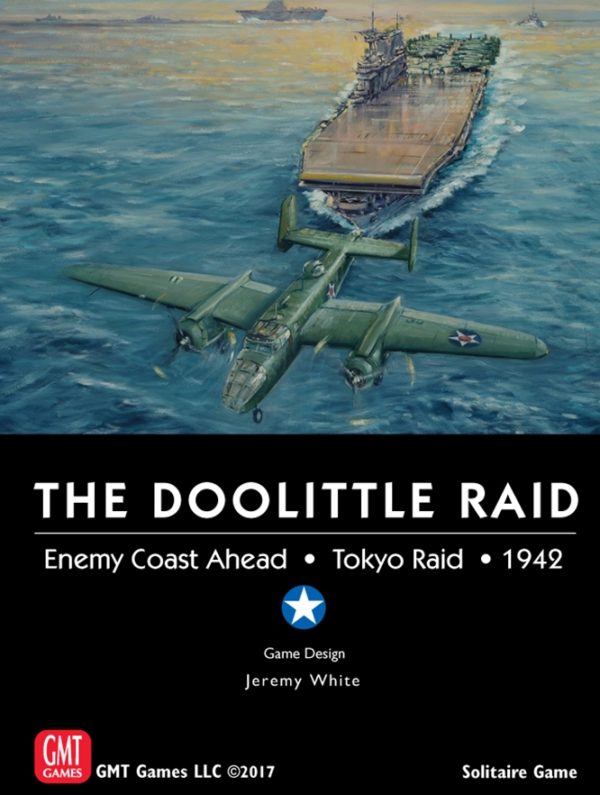 Enemy Coast Ahead: The Doolittle Raid

Enemy Coast Ahead: The Doolittle Raid uses the game format to explore this highly dramatic military episode. It is a solitaire game challenging the player to conduct a successful mission where the criteria for success is not purely military. The player must organize, equip, and train a squadron of B-25 medium “Mitchell” bombers to attack a distant and rather dangerous target. The game not only covers the raid from launch to landing, it extends the story on both ends. Threatened from the air and from the sea, the player must do his utmost to strike the Japanese capital, avenging the attack on Pearl Harbor, and then land his aircraft safely. If the raid goes poorly it may boost Japanese morale and deflate the mood in the United States. Getting the B-25s close enough to launch is vital, as is the recovery of aircraft and crewmen, but above all, the player’s main dilemma will be secrecy. The risk is great. Failure could mean the loss of an entire squadron, or worse, the sinking of a precious aircraft carrier. Will the Doolittle Raid add to the dismal news of Pearl Harbor, Guam, Wake Island, and Bataan, or will it signal the turning of the tide?